How to make difficult decisions? Some decisions are easy. Shall we cook dinner at home or order out? Drive the scenic route or the shortest? Hat, coat or umbrella?

For routine choices such as these, we usually rely on habit or instinct. Or, if all else fails, we use our common sense.

This works because there’s not much of a price to pay for getting it wrong.

What about decisions that could change lives?

At work and at home, it’s likely we’ll have to make tough decisions that will impact others. If we know who they are, we can consult with them and try to minimize any unwelcome consequences.

But what about the lives of strangers? How do you make decisions that might cost someone their job, force them to relocate or run the risk of burnout?

In his excellent book Four Seconds, leadership consultant Peter Bergman recalls meeting the CEO and management team of a high-tech company. They were facing a set of unique decisions, the outcomes of which couldn’t be accurately predicted.

As he points out, these difficult decisions often get shoved aside, sometimes for years, while people look for more evidence, opinions or data to help them make up their minds.

In one of their weekly review meetings, the management team was locked in a long and rambling discussion about the fate of one of their under-performing group companies.

Finally, the CEO raised his hand and said, “Okay people, let’s hold it right there. It’s 3.15. We need to make a decision in the next 15 minutes.”

His colleagues were appalled. They insisted that the problem was a complex one and that there were so many different combinations of factors to weigh up, perhaps they should carry on over dinner. Or, better yet, make it the focus of the following week’s meeting.

But the CEO was having none of that. “We’ll make a decision within the next 15 minutes.”

Over the preceding months, he had been reviewing the struggling company’s problems and the solutions their management team had tried. He realized that they’d been tinkering with a business that was so fundamentally flawed, only a complete overhaul would fix it. After listening to his team’s latest debate, he decided that no clear direction had emerged, nor was it likely if they carried on over dinner or in the following week’s session.

For the next 15 minutes, he instructed his team to focus only on the two realistic choices for the ailing business: rebuild it from top to bottom or close it down and sell the assets.

Setting a time limit on your decisions helps you to get straight to the relatively few core issues without being distracted.

If you make decisions, as everyone in business is required to do, it’s inevitable you’ll make mistakes. It’s part of the price you pay. But there are simple steps you can take to minimize the risks.

When faced with tough decisions, most people try to gather as much information as they can to guide them.  There are several problems with this approach. The most common is the lack of current data. Surprisingly, many organizations, even those that would describe themselves as tech savvy, are holding massive stores of historical data. They show clearly where the company has been, but not necessarily where it should go next.

The second major issue is also data related. It’s called analysis paralysis and, as the term suggests, it’s what happens when you drill down so deeply you become overwhelmed with data and can’t see the forest for the trees.

Finally, if you’re too selective about the sources of information or opinions you gather, you’re likely to miss an entire bunch of facts that might swing you the other way.

Weigh up your options, test them on small scale if you can and seek advice from people who don’t have a stake in the outcome.

Finally, remember what General George Patton (and many others) had to say: “Lead me, follow me or get out of my way.”

Clear your mind of everything except the decision you have to make.

If you’re faced with a number of choices, spend a few minutes imagining what each of the outcomes would look like. Not just today but in a year’s time.

Picture yourself and others acting out their roles in the new circumstances you’ve created. This exercise allows your subconscious mind to add its own powerful contribution to your decision-making toolbox.

Imagining the future is very important. What can seem like an impossible choice today may be quite insignificant in the bigger picture.

Scholar, author and adviser to four US presidents, Warren G Bennis, is worth recalling whenever you’re facing down a tough decision.

“The manager asks how and when; the leader asks what and why.”

There’s no such thing as a perfect decision. For every action, there is a reaction. The objective is to make sure most of the reactions are positive.

To give you confidence, here’s a basic guide to making your decisions as good as you can get them, which means about 50% will turn out well. As you gain experience and refine your skills, you’ll develop your own personal guidelines that suit your style and circumstances. 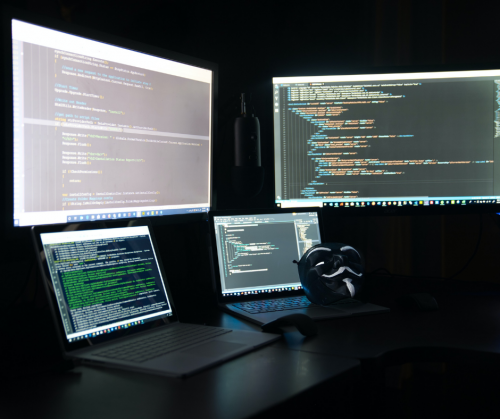 Too much information when you have to make a decision 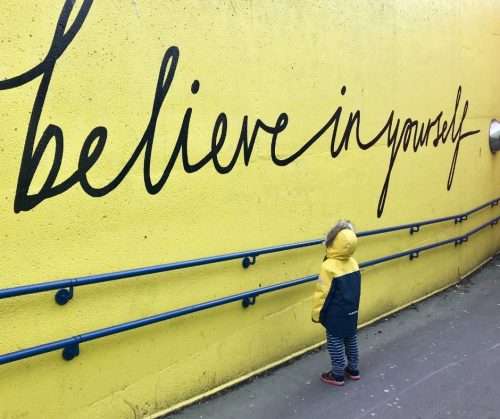 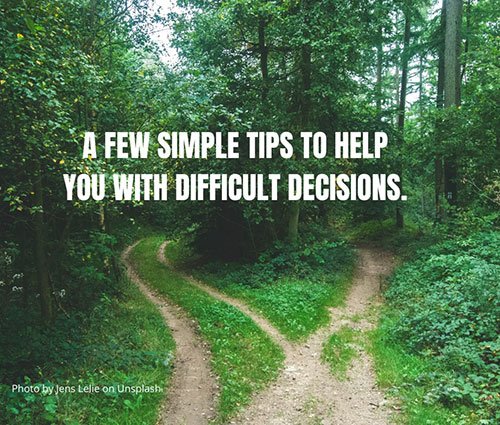 A Few Simple Tips to Help You With Difficult Decisions 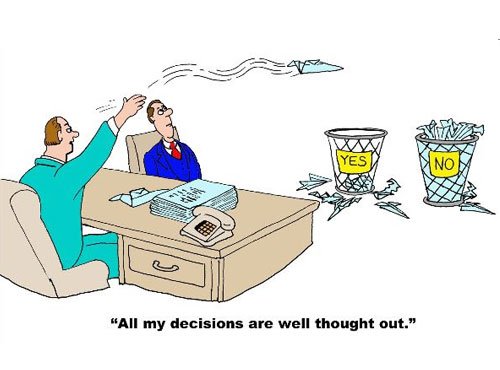 Can you make unbiased decisions?