The most powerful words in marketing communications

What are the most powerful words in 21st century marketing? Surprisingly, there have been very few changes over the decades since research tools were developed to test the effectiveness of marketing communications.

Remember that your marketing messages must be directly linked to the customer’s self-interests, including their fears and insecurities.

The number one most powerful word is NEW

Whether you’re selling shaving foam or refrigerated trucks, your customers are always going to be interested in what’s new on the market.

Because it’s such a powerful word, be careful how you use it. If you’re selling a consumer product and you’ve simply changed the pack design, it doesn’t qualify as something new. Unless your promise is “new pack, same trusted product.”

Unless your new packs really improve the way the product works or allow for easier identification of different variants, save your news for something that really is new.

People soon learn which brands over-promise and they’ll automatically discount the value of your claims.

Close behind in second spot: FREE

There’s no research to prove it but there’s a feeling this word is losing its edge. Once it was right up there with new but, probably though over-exposure, it seems to have less pulling power.

One reason might be that many consumer brands used to offer free gifts – toys, product samples, collectables – often aimed at children and always promoted heavily on TV.

So kids persuaded their parents to buy brands of breakfast cereals, magazines and even gasoline, just so they could get the freebies. This is known as pester power in Britain and the nag factor in the US. (There’s some flimsy evidence that freebie has actually moved into second position so it’s one to watch.)

Today, more than half the advertisers on the internet are offering free inducements and many of the big TV advertising budgets have melted away. Together with tightened legislation on advertising to children this may lead to the gradual decline of this marketing strategy.

But pester power isn’t dead yet. Recent estimates are that children persuade their parents to spend around £500 ($620, €585) more than they otherwise would have every year.

Free product samples will still generate product trial but it’s an area that needs constant monitoring. Just as continuous price discounting is likely to devalue a brand and shift it further towards a commodity, having consumers expect something for nothing all the time is a zero-sum game: the more you give away, the more your competitors will and, in the end, nobody wins.

Almost as potent as new but a longer, more complex word so it’s a little slower to communicate.

Also to be used with care.  Not a word to be wasted on new packaging, a new website or a new logo unless there’s a more effective and easily understood benefit for the customer.

Not a word that screams from the page or the computer screen, but still useful for minor product improvements or range extensions. For example:

The last of the newsworthy group: ANNOUNCING

Similar in meaning and complexity to introducing, it has the disadvantage of not immediately indicating something that’s new.

It’s more useful when communicating a benefit that’s not exclusive to your product or its category or an event or service improvement. Here are some examples:

Using scare tactics can easily backfire. For years, governments have been producing dramatic campaigns about the dangers of smoking, driving under the influence of alcohol and phoning or texting while driving, with mixed results.

While these tactics are useful for alerting people to the dangers of these activities, they only work if used in conjunction with stricter laws more diligently applied. And there lies the problem: governments that wish to remain in power (ie all of them) don’t want to be seen as heavy-handed but, if they’re not, nothing will change.

Making it impossible for people to smoke anywhere but in their own homes works better than showing photographs of diseased lungs on cigarette packs.

Similarly, heavy penalties for drinking and driving and using a cell phone while driving will eventually persuade most people to behave responsibly.

However, there are other, less serious, fears that can drive marketing communications. The fear of missing out, for example. Young people especially, who are heavily influenced by the opinions of their friends, feel the need to keep up with all the new trends.

Messages like these are useful for reminding customers about their peer group pressure.

Experience shows that, without tougher laws, the results of fear campaigns for smoking, drink-driving and juggling with your phone while driving are short term. The reason is obvious. The illness, death and injury associated with these campaigns is too scary to think about, so most people ignore the message.

When you to try to ramp up the fear factor in your marketing with messages like these, you might scare more customers away than you’ll attract:

In marketing, as in all types of communication, always choose the most powerful words that suit the occasion. Use them sparingly and always remember to think of the customer first.

Innovation, a book for your bookshelf 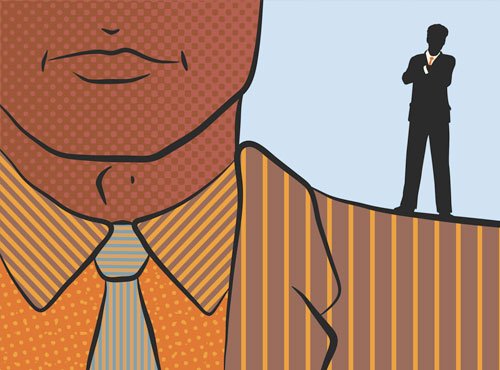 What do you see if you stand on the shoulders of giants? 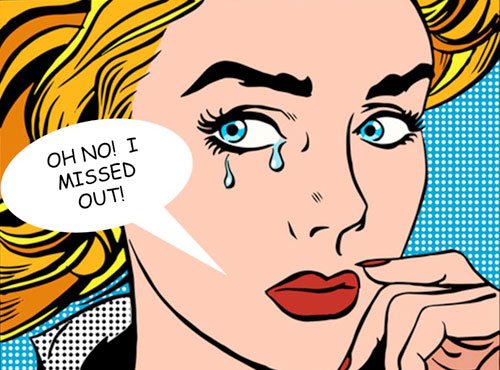 FOMO – Fear of Missing Out 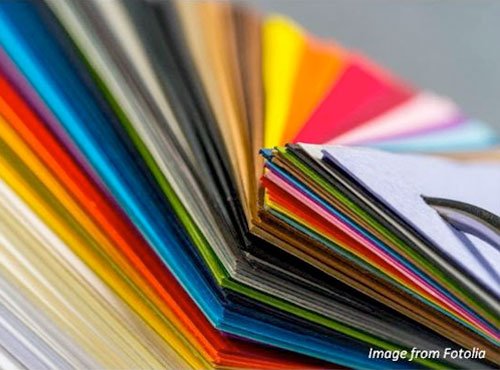 The role of colour in business communication